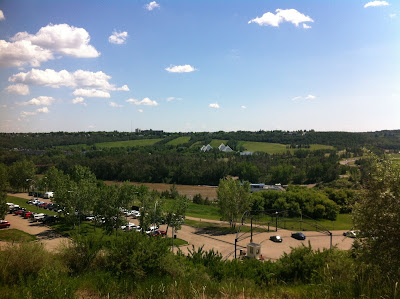 Today we toured around the city, starting in Old Strathcona which was once it's own city. Now it is a street of small trendy shops. We walked around and checked out a few stores and then grabbed our lunches from the truck and found some tables near an old railway station to eat at.

Afterwards we drove to checkout a few more buildings downtown. Where we first parked overlooked the river across to where we went to the conservatory yesterday. You can see the pyramids. 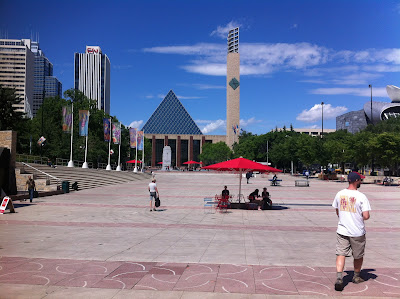 This is a big square downtown with another pyramid. By this time we were a bit tired and took a break to use the free wifi in the park to look up some information and check all our emails. 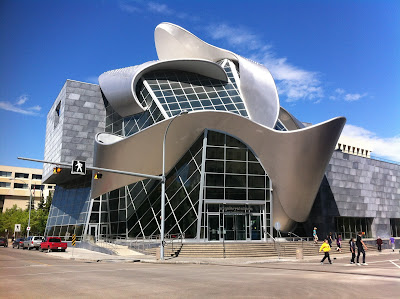 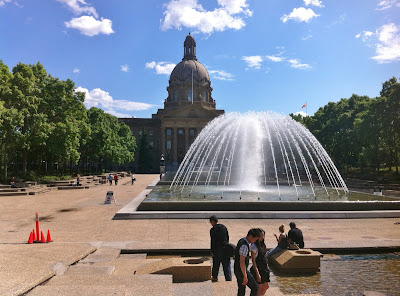 This is their legislature building, the grounds here were beautiful.

It is so cold here in the winter they have underground tunnels around the city and we explored some under this park.

One tunnel has a large set of mirrors that lead to the surface called "The Periscope". When you look at them from the underground you see the above ground. 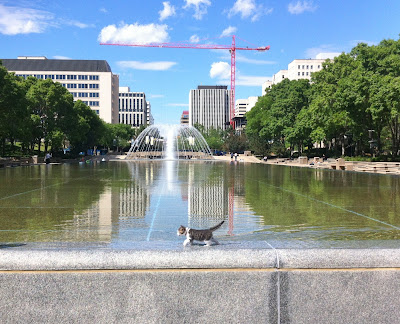 Someone had a kitten at the park, no idea why, but the kitty liked walking along the infinity pool near this fountain 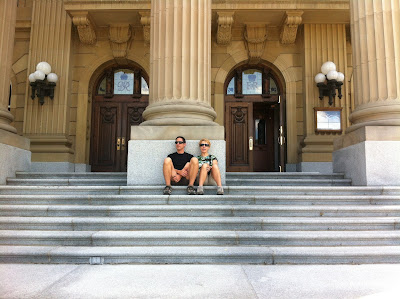 Al and Reen sitting on the steps.

There are many weird rules about taking their pictures but I didn't know them yet.