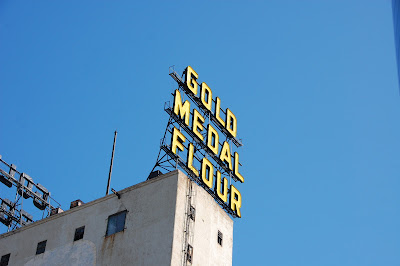 On opposite sides of the river and the falls are two old flour mills. Originally the mills were big business and were powered by the river.

The Gold Medal Flour mill is open as a museum. 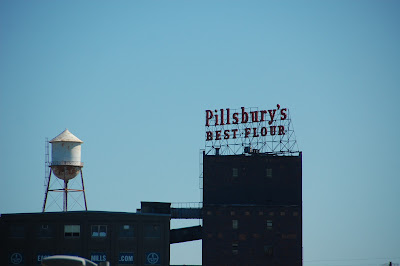 On the opposite bank is a Pillsbury mill.  The grain storage facilities at these old mills is huge. During the tour we learn how many gallons of wheat they hold it was millions if not billions. 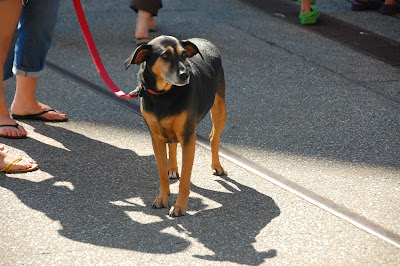 The Mills are right around a beautiful set of parks and bike trails. We luck out and on Saturday mornings there is a Farmers Market at the Mill.

This cute dog was there an many others I didn't post. We snagged some cheese curds, smoked trout and some sauerkraut which is perfect because we defrosted a polish sausage for tonight's dinner! 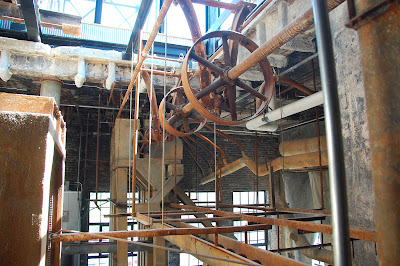 Sadly almost all of the Mills Equipment and structure was lost in several fires over the years. Probably set by homeless people trying to keep warm who would occupy the abandoned buildings in the winter.

This was the only room of equipment to survive. 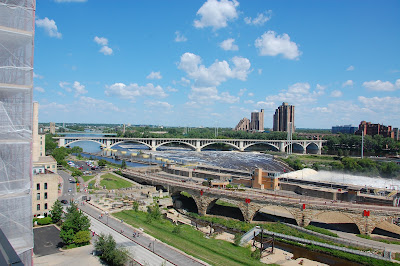 Although it has nothing to do with the Mill the tour has an observation deck on the roof which has a great view of the river! 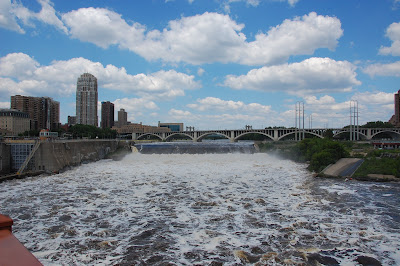 Taking advantage of the great parks and trails we cross the river over the stone arch bridge and take pictures of the falls.

After that we walk all over the city and I mean all over. 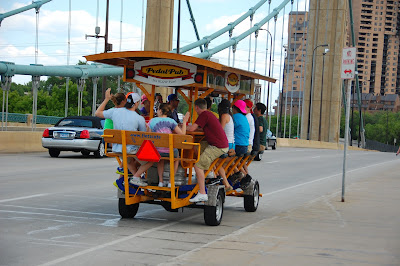 Oddly tourists (Not us) pay to pedal these carts around the city...more oddly there is a bar tender in the middle serving them beer! 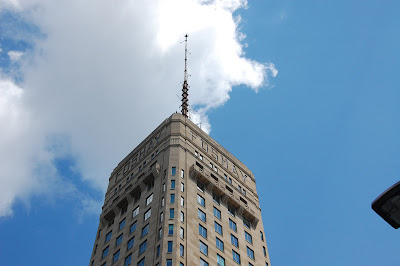 Cool old building that is shaped like and Egyptian Obelisk. 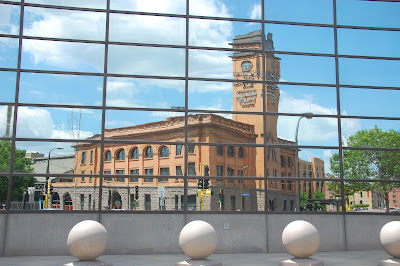 Reflection of their old Train Depot in a near by modern building.

Tomorrow there is a marathon going on so the city will probably be crazy. We have seen most of the downtown so we are planning on doing some other things.