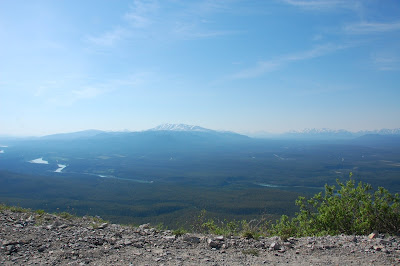 Al and Maureen wanted a "Nothing" day so we decided to stay in Whitehorse for a 4th night.  It is a nice town/city and has a lot of outdoors activities right at the doorstep.  We drove about 5 miles to do a hike on Grey Mountain. 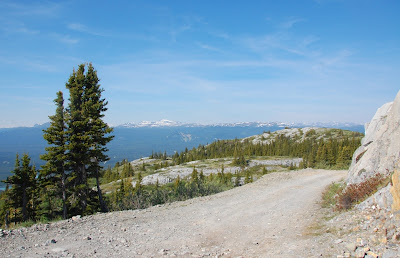 You can drive up a "road" to a radio tower to hike down the ridge but we got to a point in the "road" that was pretty scary with a lot of big rocks and a 3000 foot drop if you went off the road.

We opted not to go around the final bend and up to the top and instead had to back down about 1000 feet till there was enough width to do a K-turn. 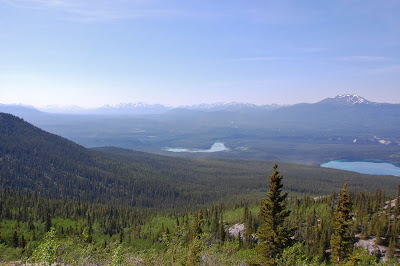 We drove back down to a different trail head that wasn't as far up the road. I have no idea what you do on that road if someone comes the other way and you need to pass. Crazy, or if it rains unexpectedly and the whole thing is a wet mess.

Later we talked to locals who take their Jetta up the road all the time and felt like wimps for not going to the top.

We ended up getting a lot more exercise this way. 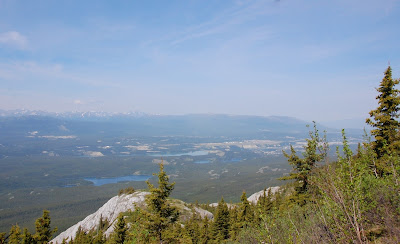 The trail we took called "Money Shot" went straight up the mountain to the ridge. There was "Easy Money" too but that hike would have taken 30 minutes. 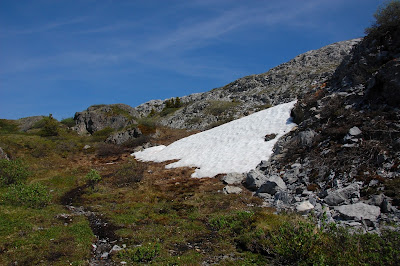 There was still some snow in isolated pockets of the trail. 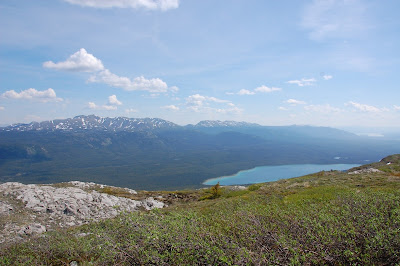 We hiked down the ridge line from where our trail hit the ridge to the highest point Mt Grey.

It had great views all around and the weather was really nice. We had lunch at the top. 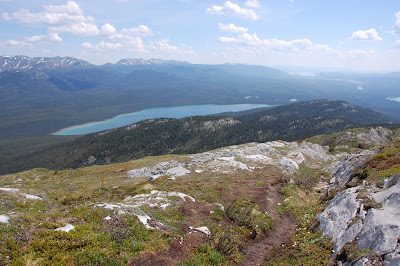 For the way down we opted to do more of the ridge and head for where the road we wimped out of would have left us.

Again we didn't make it and instead took a different trail down to make a loop instead of having to walk down the dirt road back to the car.

Tomorrow we head out of Whitehorse and into more and more isolated places until we hit Alaska.
Posted by Brian Ciemian at 6:59:00 PM