Two hike in one day. 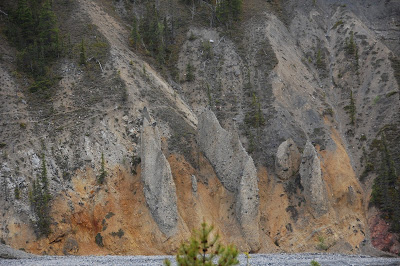 Today we did two different hikes, the weather wasn't looking great but we had to do something.

First hike was right from our campground and was called the Old Alaska Highway Trail. 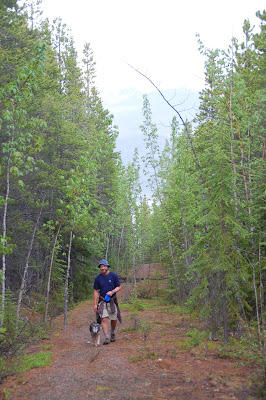 In this area of the Highway the road originally ran at the top of the cliffs instead of along the lake. That road eventually collapsed as the cliff eroded.

After that the lake side route was blasted away and created and was one of the most expensive stretches of the road to create.

Here are Will and Max walking on the Old Alaska Highway. During the hike we saw some old timbers from collapsed bridges. 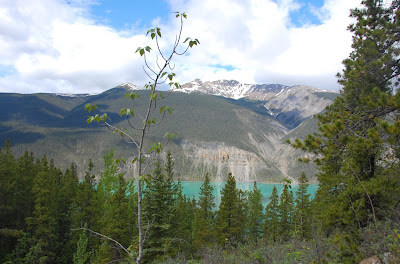 We eventually got some sun after some rain and got to see Muncho Lake in the full sun from up above it. 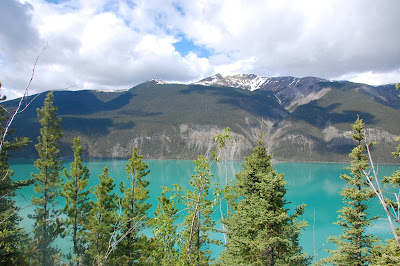 Copper Oxide particles in the water give it that Green-Blue tint. 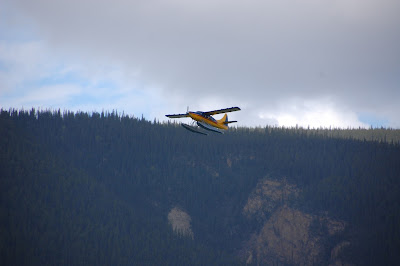 A float plane probably taking fishermen to a super secret fishing spot took over while we we hiking. 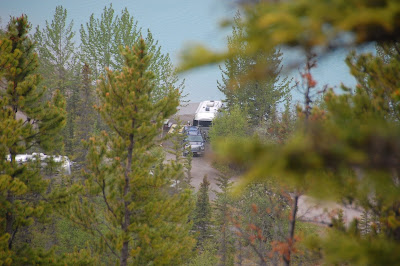 We could see our camper from the hike! 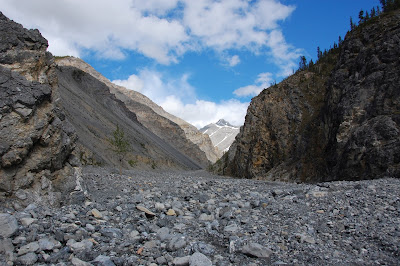 After lunch we relaxed a bit and the sun came out again so we drove a few miles up the road to do another hike.

This one was up a valley where the rainwater from earlier had formed a river. 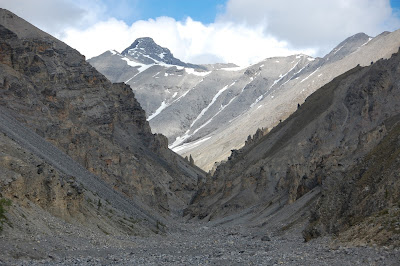 Maxwell stayed home for this one as the rocks were going to be too much for him. It was all looks rocks from gravel size to boulders. The trail was not well marked but we soon realized the trail just basically went UP.
And more UP! 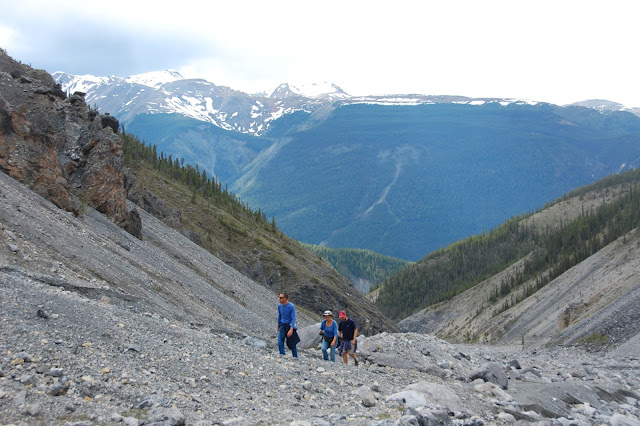 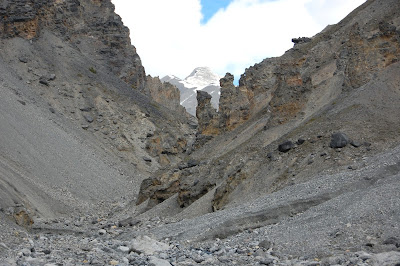 We had no idea how far the trail went so we hiked till we reached this narrow part of the canyon and all these hoodoos. 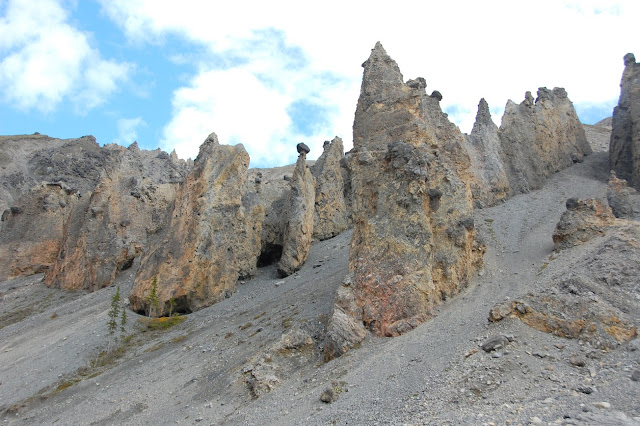