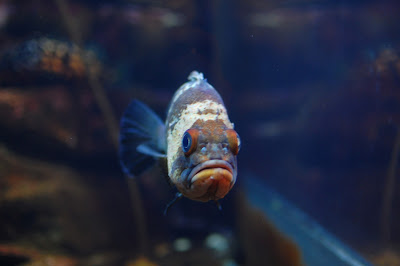 It wasn't great weather but at least it was barely raining! We decided to see the Sea Life Center after a morning doing our laundry.

The Sea Life Center isn't huge but they have some good fish and it is mostly indoors. 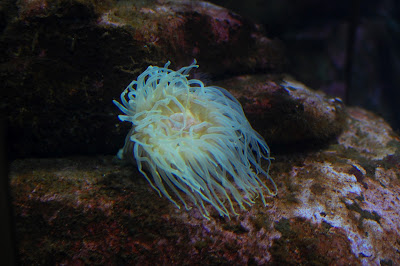 They have many cool tanks that you have to view both from above and below. 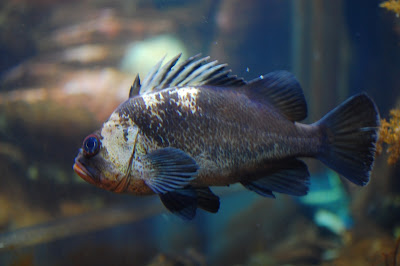 The center also does a lot of caring for hurt marine life. 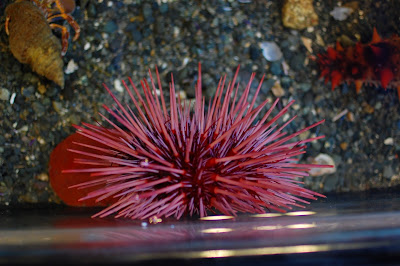 The touch tanks were pretty cool, with plenty of interesting things to watch and touch. 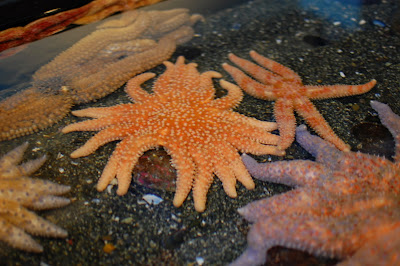 More of the touch tank. 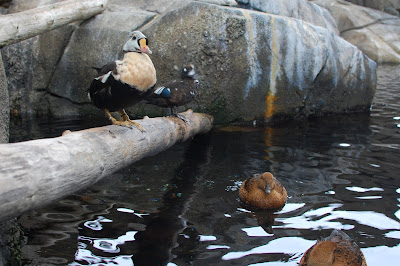 Some ducks on the water of one of the tanks. There were puffins and other diving birds but I have posted enough puffin pictures. And I couldn't get a good picture of one under the water. 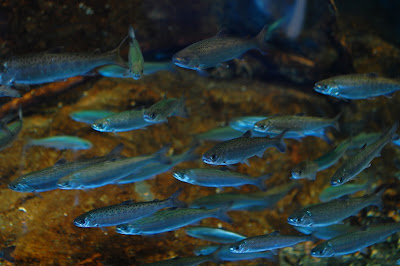 Being this is Alaska there were Salmon! These were very young Salmon. They had various tanks with different ages of Salmon so you could see the entire life cycle. 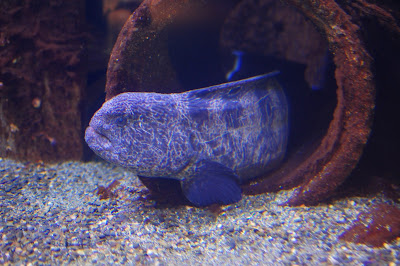 Odd blue fish, I don't remember what it was. 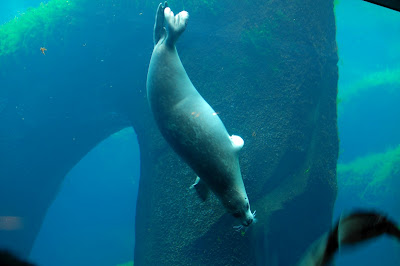 A woman was waving a scarf around and it was causing this seal to spin around and around mimicking the motion of the scarf. 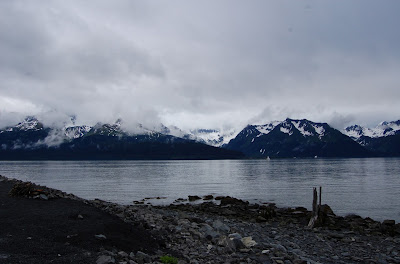 After the Sea Life center we walked around town a bit since it wasn't raining.

It was still cloudy so we couldn't see all the mountains. 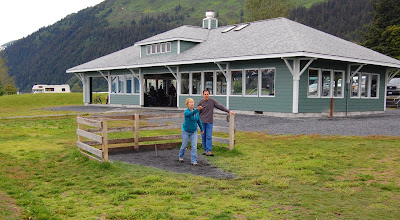 We got to see some of the in-town dry RV campsites which were right on the water. They are pretty nice so we decide next we will try them out in Homer.

Al and Reen played a quick round of horseshoes.
Posted by Brian Ciemian at 3:26:00 PM