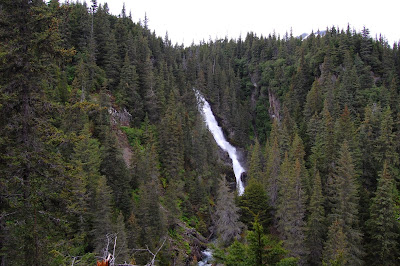 Today's weather was supposed to be nicer than yesterday. At least a little sun was expected to peek out.

We decided to do a fairly long hike. It was a 15 mile trail end to end that you could either do with 2 cars or just hike half-way and turn around. 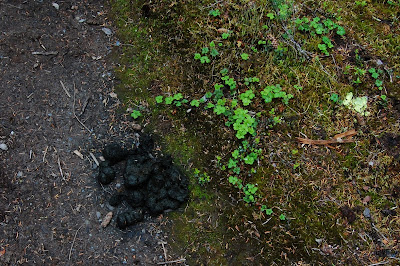 It was out and back for us, the Lost Lake is right in the middle of the hike basically at the high point so it didn't matter either way.

There was a lot of bear and moose scat on the hike although we didn't see any actual wildlife. 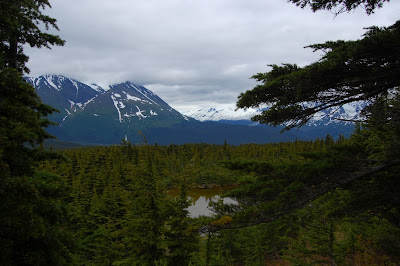 The first half of the hike was basically up up up, we first passed the waterfall above. Later we passed a active mine with an abandoned miners cabin.

We were hiking up one ridge with a second hill right next to us and bigger mountains behind that. 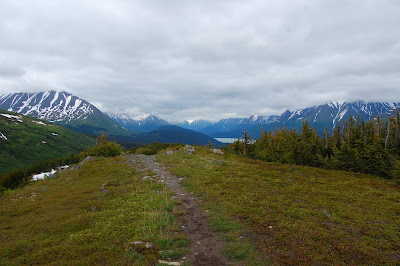 It was a very nicely maintained trail with views, although they would be better if the sun was out. 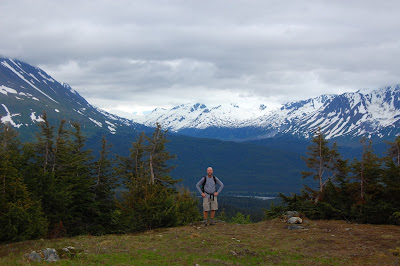 There was still a lot of snow, this was the worst winter since the 70's for Alaska. 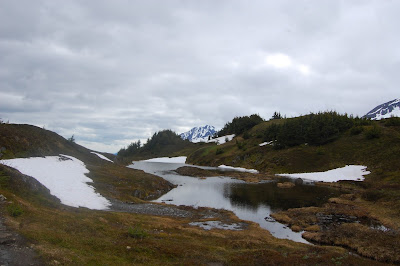 We hiked through some snow but not too much, most of it was melted into super clear ponds.

On the hill next to us there were tons of streams of melting snow. 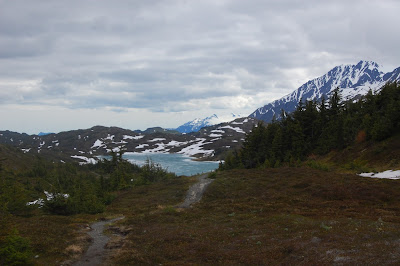 Our first glimpse of Lost Lake.

A closer look at Lost Lake! It was still all frozen, except a little bit at the edges. We ate a snack here after several hours of hiking. We started hiking after lunch for a change. Overall it was a great hike, but with 13.5 miles round trip we were pretty tired after. It was nice to get back to Renfro's Lakeside Retreat to take showers in the best campground shower we have seen this entire trip!