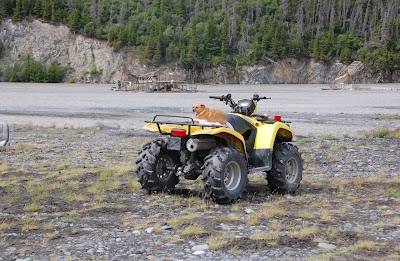 Originally we planned to drive part way down the park road to do a hike. However with such high water the hike would have been hard and really the entire hike required an over-night trip so we did some other things.

First we took a drive to another portion of the river where fish wheels were active.

We talked to this dogs owner for a while about the wheels. 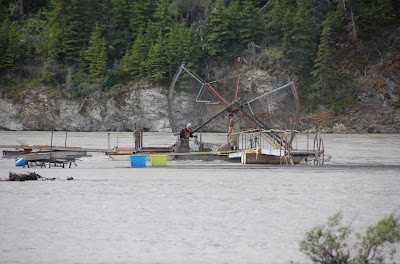 Here you can see a fisherman actually pulling fish from the holding tank where the wheel deposits the fish.

Some people are working on their wheels with welders and such. Everyone and I mean everyone in alaska owns a quad and they love to ride them around. 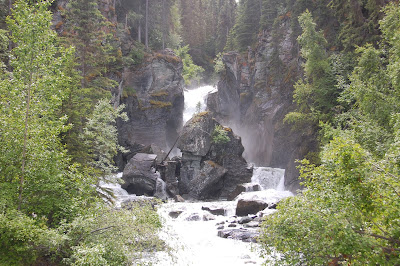 After checking out the wheels we visited this waterfall and did a little walk up the hill there. 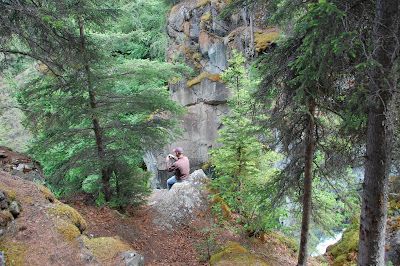 Here will is sitting above the falls, there wasn't a great viewing spot.

There was a hike named for these falls right next door, but on the hike you don't get to see the falls... it doesn't make any sense but we also do that hike. 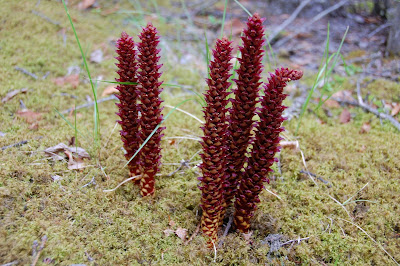 Odd plant we see growing on the hike. 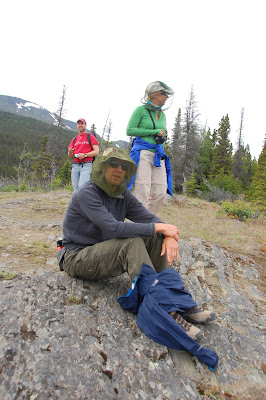 A view from the top of the hike. The hike was only about 1.5 miles each way so we really relaxed a long time at the top.

Here you can see Al and Maureen (and me) sporting our new Mosquito nets. They work! And much nicer than bug spray on your face. 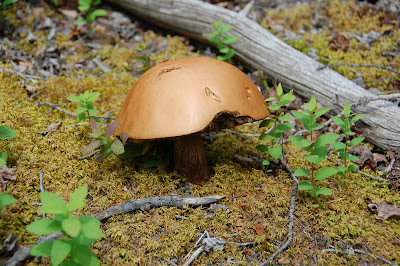 Cool Mushroom on the hike! Maureen got a better picture than mine!

We watched this pond for a while for Moose but only saw ducks, it is OK we saw a moose on the drive here! 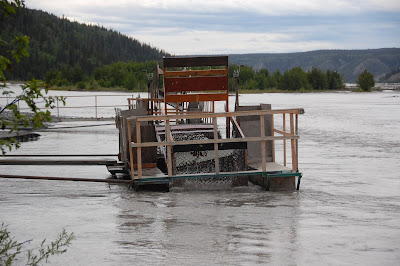 This is one of the fish wheels by out campground!

Back at camp I had just finished  BBQing some pork chops and this guy pulls over and tells me he has an 67 Airstream (Which we have seen in his yard driving through town right where we saw the moose this morning.) and I ask him if he has a fish wheel and he does. 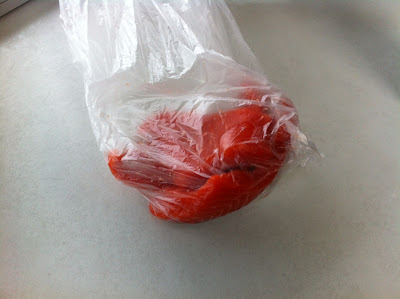 He asks if I have ever had Copper River Red Salmon and I say no and he jumps out of his car and gives me some from his trunk that he just cleaned.

He promises me a whole fish tomorrow.  In the morning he shows up and has only caught King Salmon, the fish and game people have a throwback in effect for Kings so he had no fish to give me.  I thank him for the pieces he gave me yesterday and he asks which way I am heading out of town and says I can stop at his place for a frozen Salmon from 2 days ago catch.  We are heading the other way so I wish him luck with his wheel and he drives away.
Posted by Brian Ciemian at 1:33:00 AM