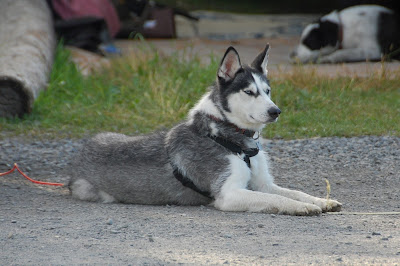 The panorama above is the view from our campground in Hope Alaska. Hope is a tiny town of less than 200 people but with more soul than other place we have been.

The town has a vibe that is homey and inviting. There isn't that much here besides a cafe and a couple art galleries and a gift shop. Sure there is a town library, a coffee cart and small museum too. 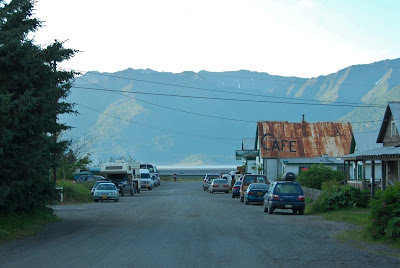 Can you feel the vibe? It is the kind of place you could just chill out for the summer. It feels out there but is actually only a hour and half or so from Anchorage.

Our campground is that parking lot between the water and the cafe. It is a bit rough around the edges but better than the other campground we passed which was not downtown. By the way that Cafe IS downtown Hope! 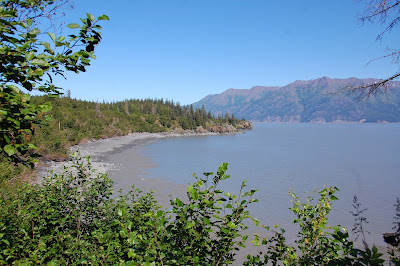 Down the road a bit pretty much the end of the road actually is a state campground which is closed for repairs but is the start of the hike to Gull Rock.

The hike follows the water although is up pretty high on the bank. 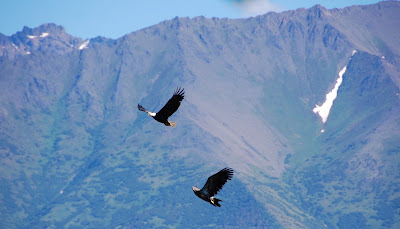 Some eagles having a little battle. 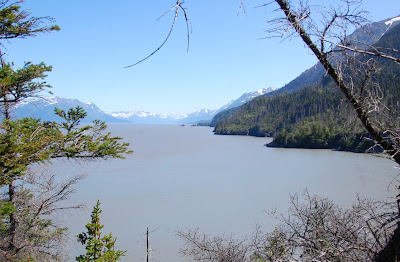 Look back down Turnagain Arm which is the inlet of water that leads to Portage Alaska. 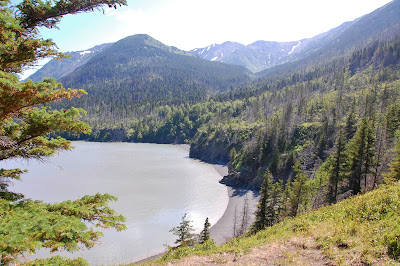 Some of the nice beaches along the coast. 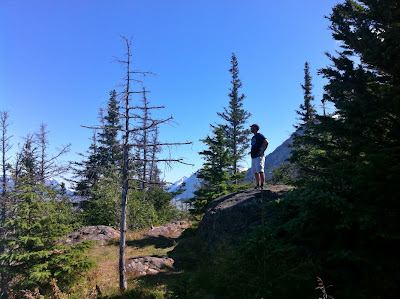 Here is Will at Gull Rock on a spit of land that juts out into the water.

We could have hiked down to the beach level but we were pretty tired already and the mud along the beach can be "Quick-mud" if you are there at the wrong time of day.

In the evening we have some dinner in the trailer and hit the Cafe for some Pie. My piece of apple pie is Huge!

It is also Open Mic night and we have a few beers and listen to people sing.

A woman in her 70's got up and belted out a few tunes while she played guitar. I have a video I will have to put up.

These two were from Anchorage and were also camping at the Cafe. They were the best people to play all night!
Posted by Brian Ciemian at 8:56:00 PM