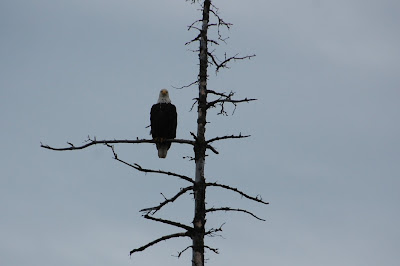 Sadly today we leave the Spit and barely saw any sun! We did see a lot of Bald Eagles like this one. And a lot of other fun stuff. 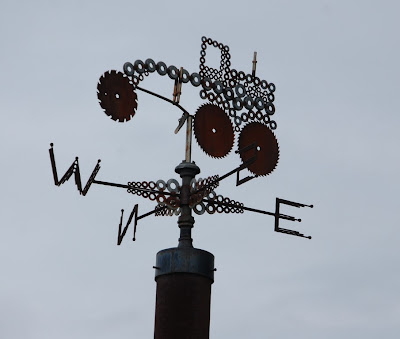 They say Homer is the artsy part of Alaska, we did see a bunch of galleries but it was stuff like this weather vane that gave it the artsy feel more than anything. 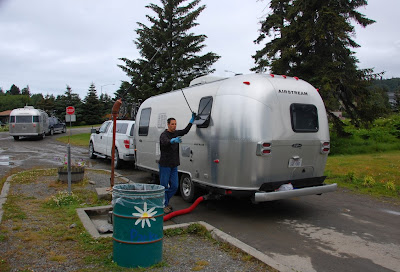 Camping on the spit was really roughing it for RVing standards, no hookups at all and actually not even defined RV spots, just 4 sections of the RV park.  But the town is good enough to have water and dump facility which was only 2$ 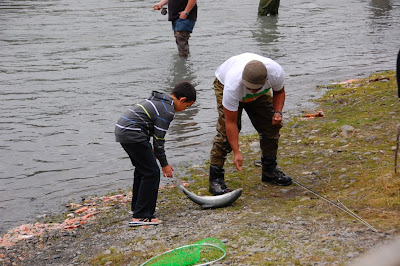 Turns out word got out that the fish were coming in to the river in Kenai and ever person who wanted to fish had pulled their RV into ever single RV Park in the area!

Instead we had to head to Soldotna which is also on the river but had even more RV spots.  We get lucky and find 2 spots in a public campground, again with no hookups. We had to run the generator to charge up the batteries. 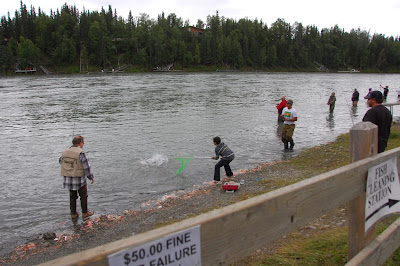 While we charged I walked Maxwell to the river to watch some Salmon Fishing. So many people line up the shore of the river that they call it Combat Fishing.  Everyone with a fishing license is allowed 6 fish a day and many plan to be here for several weeks to catch as many as possible.

It seem slightly un-sportsman like since the fish basically get accidentally caught as they swim past the hooks being thrown in the water. 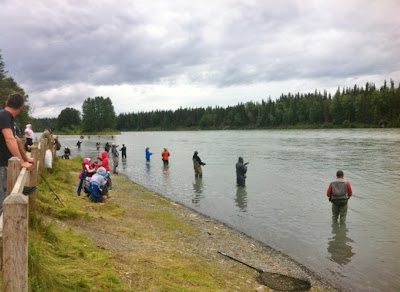 They barely even use bait, lots of people are just using pieces of bright yarn on their hooks.

Still they are catching fish and the fish are really fighting hard when they get caught.