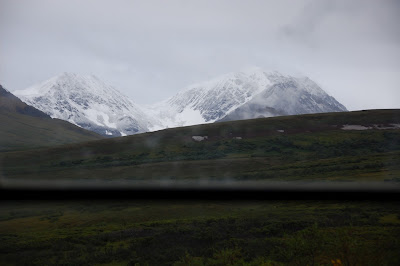 Today we road the green bus, pretty much for the entire day. You really see a lot from the bus so mostly pictures today.

These are some distant snowy peaks, not Mt Denali, way too small for that. 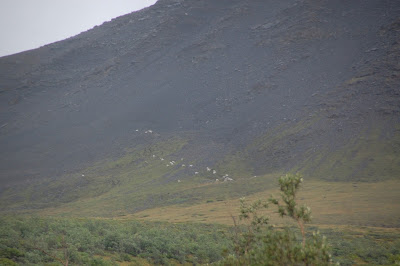 Dall Sheep up on the hillsides! 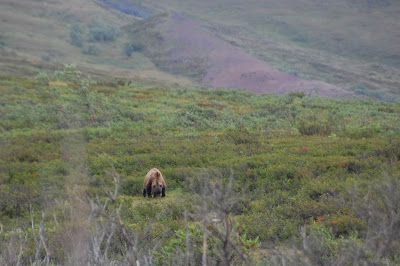 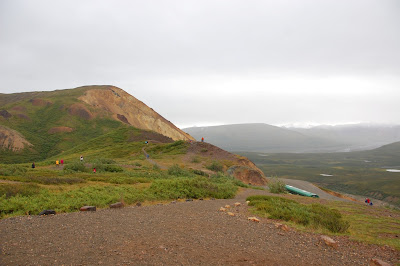 Some parts of the road go over passes which are very very high. The road is all gravel and the bus drivers seem confident but someticmes it really looks like we are going over the edge.

This is a rest area on Polychrome Pass one of the most colorful places in the park with lots of different colored rocks in the surrounding mountains.

This picture doesn't show it at all. 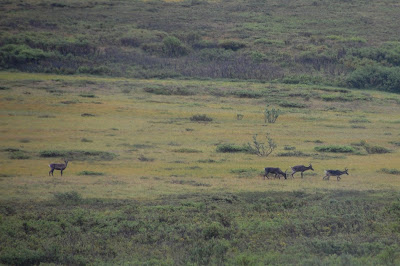 Herd of Caribou moving across the tundra. 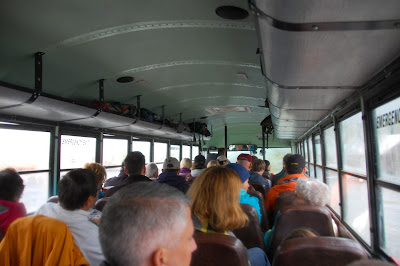 The park buses are green school buses. Just like you probably road to school in grade school.  But actually they aren't that bad.

You can't hang out the windows to prevent the animals from getting used to humans but you can open them to take pictures. Closing them is another thing, it takes a certain knack and determination to get them closed all the way. And it is chilly so you need to close them. 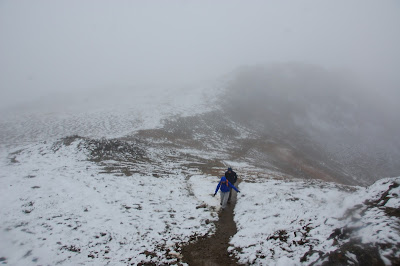 Eventually we get to Eielson Visitor Center which is a almost brand new LEED Platinum building at mile 66 in the park.

The road continues to Wonder Lake but since we can't see the mountain in this weather we decided to Climb a mountain right behind the visitor center. 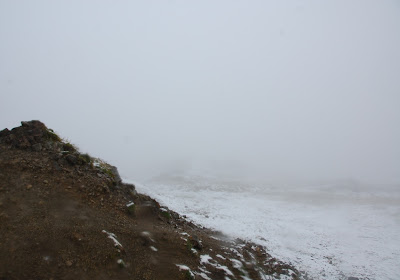 As the pictures show it snows on us! It is August and it is snowing! We aren't even really very high maybe about 5000 feet.

Paul skipped the hike and went on to Wonder Lake, we wonder if he didn't make the right choice! 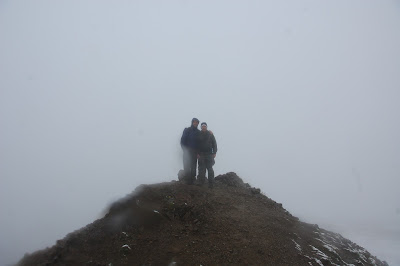 Will and I at a little peak on Thorofare Ridge 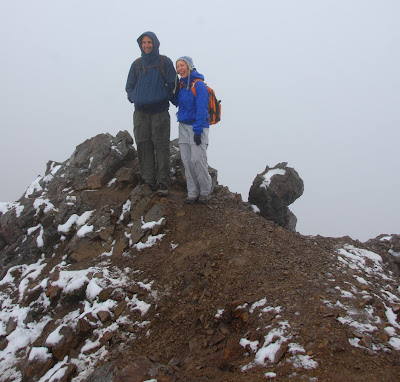 Al and Reen finally smiling for a picture. This isn't easy to pull off, usually I have to both imitate Reen's style of taking pictures while doing the Robot Dance...

They try to catch this on video but it will never happen! 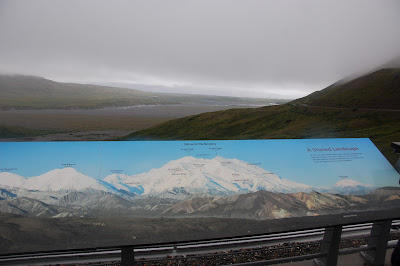 Seriously the Mount is out there... we just can't see it. 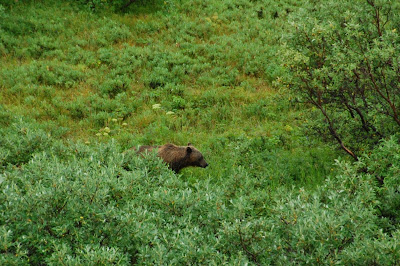 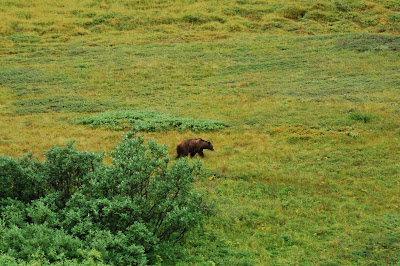 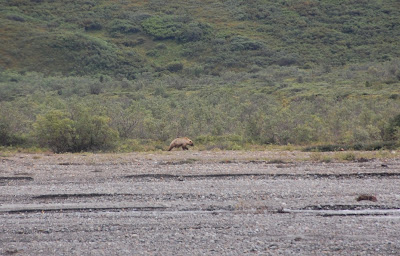 Grizzly at the River! 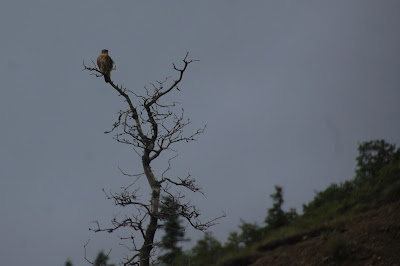 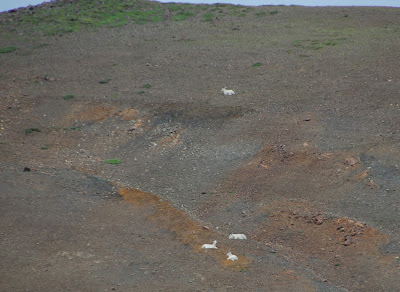 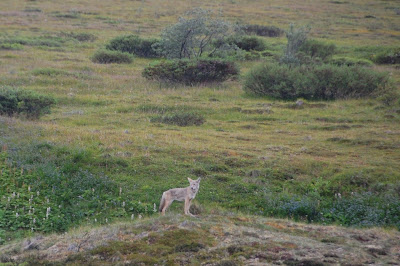 For the most part the drivers spot the wildlife and slow down and stop so we can check it out.

In this case my brother caught sight of this Coyote before the driver. 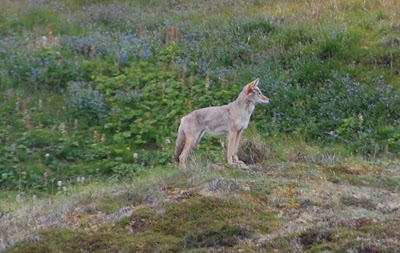 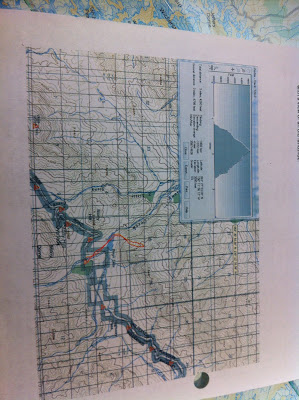 While we stopped at Eielson after our hike in the snow we signed up for a Ranger hike the next day.

Cool thing about Ranger hikes besides the hiking and information is you get a special bus to pick you up so you don't have to worry about getting on a bus.

In Denali you don't have trails, this is opposite every other park... they WANT you to just hike wherever you want, tromping on anything.  They even tell you to spread out and not walk in a line. They would like to keep the park trail free so it looks at natural as possible.

This is odd and we look forward to learning the ropes with a ranger around to ask questions.