Tek Ridge (we made up the name) Hike 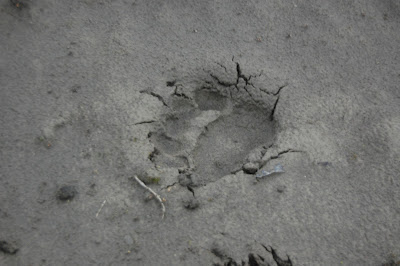 After many days of riding the bus we decided not to ride the bus at all today.

Instead we just decided to hike along a ridge behind the campground.

First thing we had to do is cross the river, where we found these fresh bear tracks! 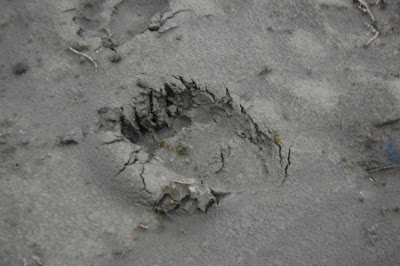 Unlike the other animals we've seen more actual bears than bear prints or bear poop.

So it was cool to see the prints. 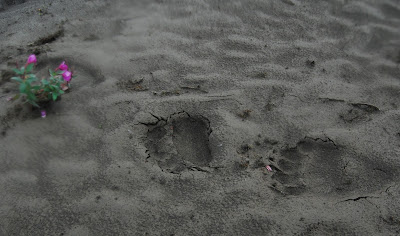 We walked a good way down the river looking for a good place to cross the fast moving riving.  Monica our ranger had explained how to cross rivers on our hike so we were armed and dangerous. 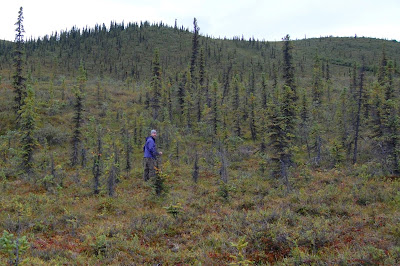 And dangerous was the word, the river was up over our knees where we crossed and very swift.

My first attempt I had to back out because it was getting too deep.

It was hard and scary but we made it without getting hurt. 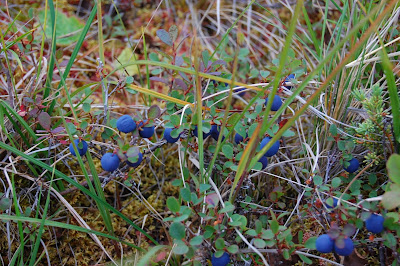 My camera however did get a little we and was acting a little wonky.

We found more and blueberries everywhere we hiked. And I ate a lot of them. I didn't collect anything this time as we already had a cobbler. 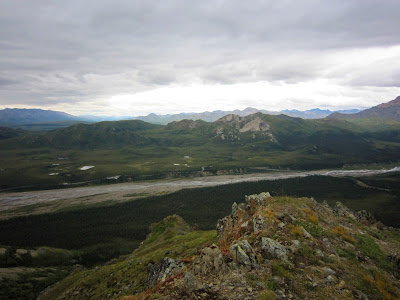 Being Denali we had to find our own route up the ridge. The tundra was all wet and mushy which is the hiking equivalent to running in the sand.

The ridge was like that all the way up, we expected it to be dry at the top but no dice.

We get some good views from the top. 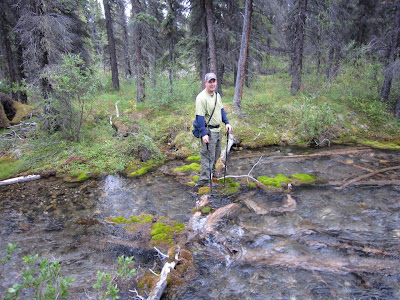 This was a simple stream crossing not the big river one. 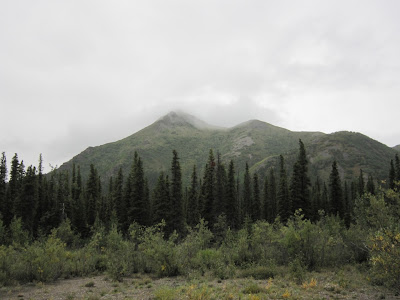 After making down to the river you could see the entire ridge we hiked. 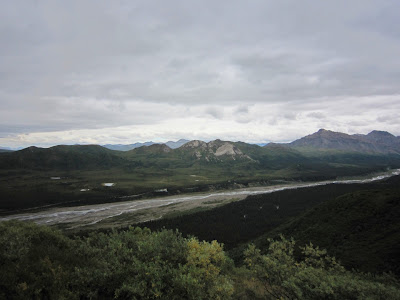 Just some views from the ridge. 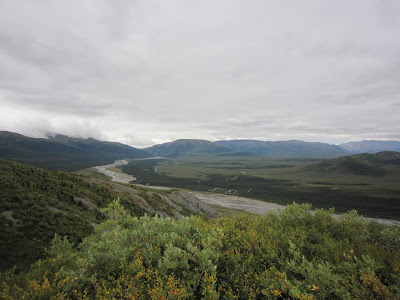 You can see our campground down there. 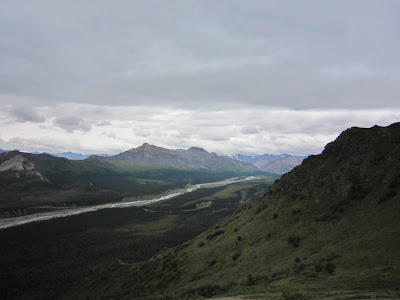 That IS the river we have to cross to get back to camp, or hike up to the road and hop a bus. 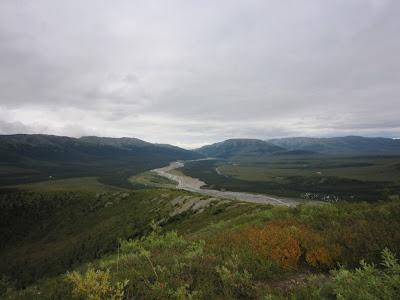 It started to drizzle and we thought it might rain so instead of taking the longer dryer way home to the road we decided to cross the river again.

It hard again as we couldn't find a great spot to do it but we made it.  Although this time Will's jacket tied around his waist caught a stream of water in a pocket and it fried his camera.  I am sure mine will dry out and work again as my Nikon has gotten drenched many times but Will's point and shoot will probably never work again.