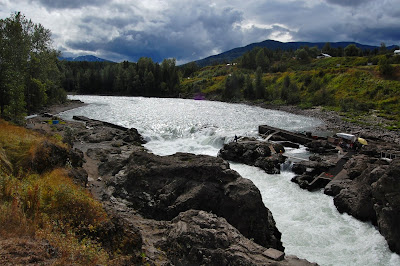 Another mostly driving day although we stopped to see a couple things on the way.

First we stopped at these falls someplace I can't remember where and I am at a coffee shop without Will, Al or Maureen to remind me where it was. 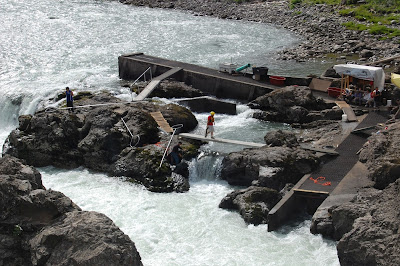 People here are dip net fishing for Salmon and Steelheads. It is terribly easy and the poor fish have no chance in getting over the powerful falls anyway.

There is a fish ladder they can take but they still seem to try and make the jump. 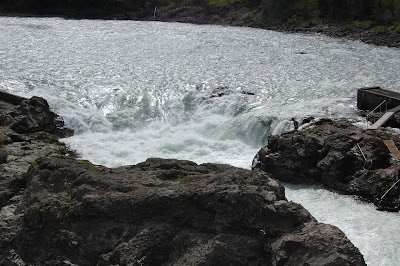 They falls are pretty powerful and the fishermen are tied to the shore to protect them in case they fall in. 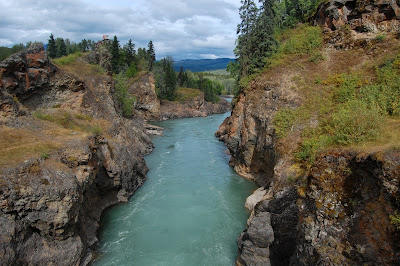 The falls lead to a pretty canyon.

After this we drove out into the hills to a short trail that lead to a fossil bed.  I skirted the rules and went looking for fossils and came up almost empty handed till the end when I found a fossil of some kind of grass or branch.

I will have to take a picture of it later as it is still in the car and I haven't brought it into the trailer yet. Rocks and Fossils have been everywhere we go but with such little internet I usually don't find out exactly where till it is too late.  When I get home I hope to do some rock hounding around New England.

Finally we get to another lake front campground! It is nice but we don't notice they have showers and so we don't take one which stinks and so do I! We've been travelling a lot without hookups or services.
Posted by Brian Ciemian at 5:27:00 PM