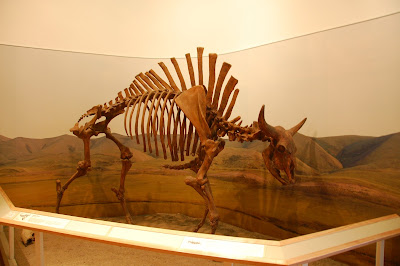 Today we checked out some of Whitehorse's Museums.

First was a historical museum about the ancient wildlife of the area known as Beringa, which is roughly the area around the Bering Strait which was not covered by glaciers during the last ice age.

It was a cool, there was a good film and skeletons like this Bison. 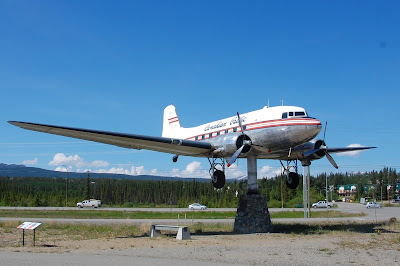 Next door was the transportation museum featuring this DC-3 which is now the worlds largest weather-vane.

The museum also had lots of cool old pictures from the gold rush and of airlines that used to fly bush flights all over the Yukon and Alaska. 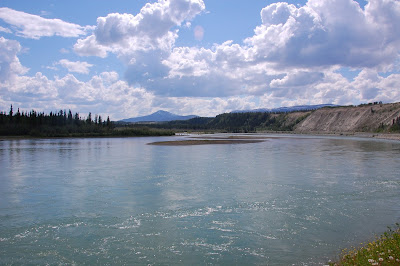 We also did a 3.5 mile walk around the Yukon River which flows past the City. 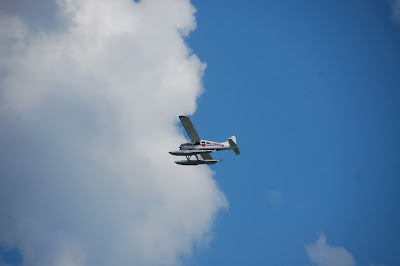 And spotted another float plane taking off. 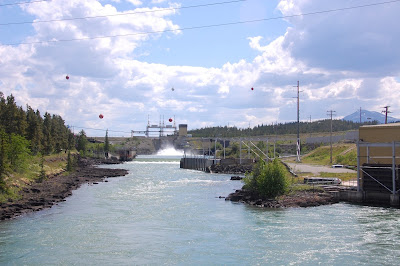 The walk went past a hydro-electric dam that also had a very large wooden fish ladder and hatchey. The Salmon haven't made it this far yet as it is almost the end of their 3 month 2000 mile spawning journey. 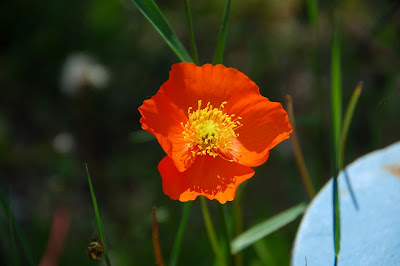 Just a flow I spotted on the walk. 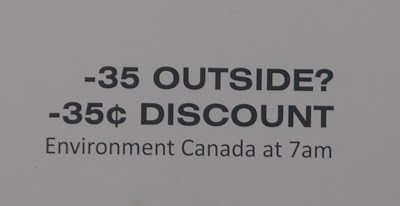 We were very thirsty after the walk and stopped into a coffee shop.

They looked at Will like he was a zombie when he asked for an Iced Coffee and after  pause they said "Um we don't really do Iced Coffee, I could give you some ice and you can add coffee.... or we do Iced Latte's and Americanos"

They also had this sign that you got a discount if the temperature was -35 outside!
Posted by Brian Ciemian at 12:59:00 AM